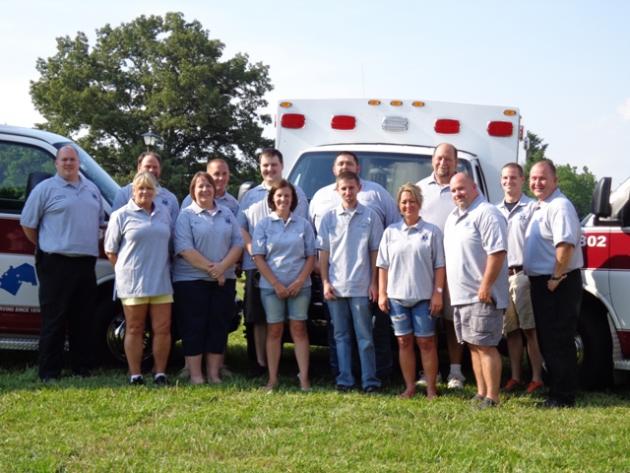 Members of the Butler County Emergency Medical Services, or BCEMS, kicked-off National EMS Week this past Sunday with a cookout at the city park. Dispatchers, Paramedics, and EMT's gathered along with their families to spend the afternoon together in fellowship.

"This is the first year that we have been able to have a get together during National EMS Week," said EMS Director Brian McKinney. "It's been something that Nancy (BCEMS Office Manager) and I have been planning for the past few months."

"We are pleased that all of our people were able to come by at some point during the event," said Nancy Cardwell.

National EMS week was first established in 1974 by President Ford. It was originally observed in November until 1978. EMS Week was re-established in 1982 by the American College of Emergency Physicians and was moved to September. In 1992 the ACEP moved the event to the third week in May. National EMS Week is being celebrated across the United States from May 20-26.