BB gun found in backpack of primary student at NBE 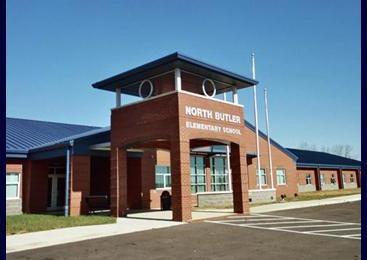 Nerves were on edge for a few minutes Monday afternoon as school officials at North Butler Elementary found a handgun in the backpack of a second grade student - one that actually turned out to be a BB gun.  A staff member made the initial discovery and immediately took the backpack to Principal Jeff Jennings, who determined the handgun was actually a plastic "inoperable" BB gun.

According to Butler County Schools' Superintendent Scott Howard, all proper procedures were followed and school officials notified the Butler County Sheriff's Department.  A statement released on Tuesday by Supt. Howard indicates that the student never removed the gun from his backpack at school and did not make any threats to other students or staff.  According to school officials, it is "unclear at this time why the student brought the gun to school."

School district policy prohibits all types of weapons, including BB guns, from being brought on school grounds.

"School officials take all violations of this policy seriously and will continue to work with law enforcement to protect the safety of students and staff," added Howard.

Possible consequences for the student have not been determined at this time.