Baker Homers and Bullpen Shuts Down Dash in Wednesday’s Win 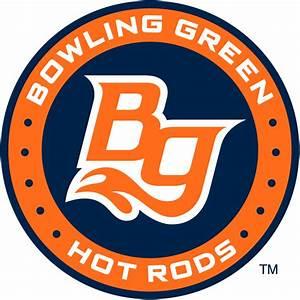 La Sorsa and Mullen allow one hit in final 5.1 innings

Bowling Green, Kentucky– Joe La Sorsa and Sean Mullen combined to allow one hit and strikeout four in a dominant bullpen performance as the Bowling Green Hot Rods (35-23) earned a 4-2 victory over the Winston-Salem Dash on Wednesday at Bowling Green Ballpark. The Dash and the Hot Rods continue their series on Thursday with a 6:35 PM CT first pitch.

Three-straight singles to begin the first plated a run and gave the Dash a 1-0 lead. Another RBI single drove in a run for the Dash in the second to make it 2-0, but BG got one back in the third. Alexander Ovalles doubled on Andrew Dalquist’s first pitch of the third off the centerfield wall. He moved to third on a fly ball to right and scored two batters later on Ronny Simon’s sacrifice fly to deep right field to halve the Dash lead at 2-1.

BG took the lead with a two-out surge in the next inning. Kyle Manzardo led off the fourth with a single, and advanced to second on a wild pitch. A groundout moved him to third, and he advanced home on another wild pitch by Dalquist, tying the game at 2-2. Two pitches later, Dru Baker gave BG their first lead with a solo homer into the right-field bullpen to give the Hot Rods a 3-2 advantage.

The Hot Rods added another run in the seventh; Beau Brundage walked with one out. He advanced to third on Simon’s single and scored when Alika Williams grounded into a fielder’s choice, making it a 4-2 game. The score would stay that way as the Hot Rods sealed the win.

Mason Montgomery allowed two runs on five hits in 3.2 innings, striking out five and walking two in a no-decision. Mullen (2-1) earned the victory, retiring every batter he faced in 2.2 innings of work with one strikeout. La Sorsa earned his fourth save of the season in 2.2 shutout innings. The lefty allowed one hit and struck out three in the final frames.

Notes: BG’s bullpen allowed one hit in combined 5.1 innings… La Sorsa is now tied for ninth in the South Atlantic League with four saves… Williams drove in a run in his first game in the month of June… BG’s two-run fourth gives them 44 runs scored in the fourth inning this season, their most in any individual inning… Murray has his 11th multi-hit game of the season… Baker’s home run was his second at Bowling Green Ballpark… The Hot Rods and Dash continue their series at Bowling Green Ballpark on Thursday with first pitch set for 6:35 PM CT… Hot Rods RH Nathan Wiles (0-0, 5.87) faces off against Dash LH Garrett Schoenle (0-0, 0.96)… Fans can listen to the game on Talk 104.1 FM and 930 AM WKCT beginning with Hot Rods Gameday at 6:05 PM CT… Fans can also watch live on MiLB.tv, listen via the MiLB First Pitch app on Android and IOS, or go to the Hot Rods website at www.bghotrods.com