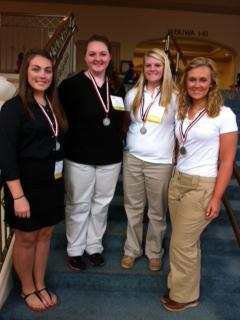 The Butler County Fiscal Court met in regular session on Monday night, January 9th. It was the first meeting of the body for calendar year 2012.

One item of old business was on the agenda for the magistrates. County Attorney Dick Deye reported that all the required easements and deeds had been received concerning Fleener Road in the Second District. According to Deye all that remained to take the road into county maintenance was to sign the deeds and have the second reading of the ordinance. Magistrates held the second reading of the ordinance and voted 5-0 to approve taking in the road.

Jailer Terry Fugate presented the court with his 2012 Butler County Jail Policy and Procedure Manual. Fugate reported that the Kentucky Department of Corrections requires that the manual be revised and approved each year. Fugate said that the yearly update is required because of constantly changing regulations regarding the housing of prisoners. The court approved the manual by a 5-0 vote. Fugate also asked for approval to buy a new ice machine for the jail. Fugate said that he has been able to keep the present machine working with the help of his brother, but it was no longer feasible. “It’s just shot,” said Fugate. According to Fugate the cost of repairing the old machine, a 1985 model, was close to the cost of buying a new machine. He said that just before the meeting he learned that he could buy a 450 lb. per day machine for “well under” $1,500.00 from the Phillips Ice Company in Bowling Green. Magistrates voted 5-0 to approve and fund the purchase up to $1,500.00.

Sheriff Scottie Ward brought his mandatory salary caps to the court for approval. The state requires that salary caps be set for all sheriff’s departments each year. Wards caps for 2012 are; secretary-$13 per hour, deputies-$14 per hour, and chief deputy-$16 per hour. First District Magistrate Stevie Givens moved to accept the caps with 5th District Magistrate Keith Daugherty seconding. The measure passed 5-0.

Magistrates then voted 4-1 to pay the audit bills for audits on the Sheriff’s Office. The total cost of the audits was $54,3318.75. Broken down the audits cost $7,690.17 for Incoming Sheriff’s Settlement-2010 taxes (Scottie Ward), $6,959.76 for Outgoing Sheriff’s Settlement-2010 taxes (Joe Gaddie), $18,802.17 for Sheriff Fee Audit-Year ended 12-31-2010 (Joe Gaddie), and $20,866.64 for Sheriff’s Settlement 2009 taxes (Joe Gaddie). Keith Daugherty questioned the high cost of the audit, conducted by the Kentucky Auditor of Public Accounts. Daugherty asked Judge-Executive David Fields if there was a way to get the cost lowered. Fields answered that he didn’t know the answer to the question, but that to his knowledge it was set. County Treasurer Susan Johnson told the court that the cost of the audits was based on travel expenses for the auditors and $44.75 per hour. Total hours on all four audits were 1058.75 hours. Daugherty asked where the county would come up with the money to pay for the audits since they were not put into the fiscal year 2011/2012 budget. Judge Fields told him that a budget amendment on the agenda would cover the costs. When the vote was called on the issue Daugherty cast the lone ‘nay’ vote.

The next item on the agenda was the proposed budget amendment to pay for the audits. Magistrates approved the first reading of the amendment 5-0.

Judge David Fields then opened a discussion concerning the occupational tax questions and concerns presented at the December 12th Fiscal Court meeting by Melissa Embry. Fields said that no other counties around Butler County were facing the same issues and that other counties had planning and zoning to handle occupational tax issues. After some discussion Second District Magistrate Johnny Tuck moved to form a committee to look into the issue. The committee will consist of Occupational Tax Officer Sandy Keown, Sheriff Scottie Ward, County Attorney Dick Deye, Melissa Embry, Tommy Drake, and the president of the Chamber of Commerce. The Chamber election will be Tuesday evening. The motion also lets County Judge David Fields appoint other members as he sees fit or as needed. The measure passed 5-0.

Next the magistrates voted 5-0 to pass a resolution setting the monthly meeting for the second Monday of each month at 6 p.m. Judge Fields reported that the resolution isn’t required, but is a good idea to make the meeting time clearly known each year.

The court then went into a closed session to discuss a personnel issue. When they returned Johnny Tuck moved to pay the new County Road Supervisor, Timmy West, the same wage as the former County Road Foreman, Larry Morris. The wage is $14.46 per hour. The motion passed 5-0.

In routine business the court approved bills and transfers, approved the treasurer’s monthly and quarterly reports, and approved the minutes of previous meetings. The next regular meeting of the court will be Monday, February 13th at 6 p.m. in the upstairs courtroom of the Butler County Courthouse.