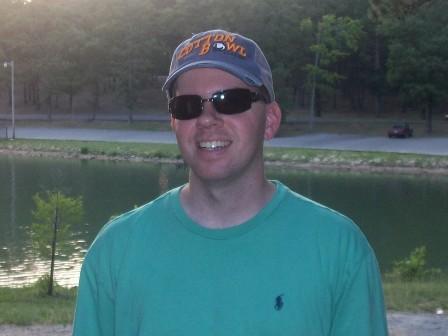 July 2009, I was one month removed from graduating from Mid-Continent University.  Barack Obama was President, North Carolina defeated Michigan State 89-72 several months earlier to win the NCAA Championship, The Los Angeles Lakers defeated the Orlando Magic in 5 games to win the NBA Championship, and I began writing for Beech Tree News.

I don’t remember precisely the subject matter of my very first column, but I believe it was a summary of what this column would be about on a weekly basis.  I do remember being a little nervous when I started, such as anyone is on a new job.  When you save it, put it in an email and push “send” that first time, it can be scary.

My very first stint writing for a paper was probably worse.  I looked through my binder of first columns, and that very first one was dated April 7, 2002.  It was for the (blast from the past alert) Butler County Post and it was a music column I’d entitled Jam Session.  I was told I could name my own column. That was as daunting a task as writing it, especially for a newbie to journalism.  I’d never written something to be published county-wide, much less come up with a name.

The very first column was a review of a disc called WWF Forceable Entry.  Yes, I willingly reviewed an album of wrestlers’ entrance music.  Don’t judge me too harshly, I was 23.  They would get quite a bit better: Dave Matthews, Willie Nelson, etc.  May 2003 was my first concert article.  I saw Martina McBride and Joe Nichols at Roberts Stadium in Evansville, Indiana.  The range was wide, as I would write about Country, Rock, and yes, even Rap music. What qualifies a white kid from Rochester to write about Rap music? One of my mottos I’ve had since ’02: Because I Can.

Who knew when I was in Ms. McCarty’s high school English class that I’d become a writer? I certainly didn’t.  Truth be told, I didn’t know for sure what I would be when I grew up.  That’s why you need college, kids.  It’s a journey to find out who you want to be and where you want to be in life.

I thank everyone who has helped me in my journey: from Ms. McCarty to my college English professor Amy Radla (Pope).  They have each gone from teacher to friend.  Thank you! I can never repay you.  Also, thanks to John and Diane as well as my readers.  I wouldn’t have a job without you.

In wrestling, when a guy is given and makes the most of his opportunity, it’s said that he grabbed the ball and ran with it.  Well, I was given the ball and have run like the wind ever since.