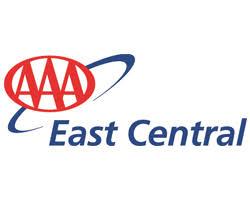 Crude oil prices saw a significant decline of $5 per barrel on the week, down to $62.32 per barrel at Friday’s close. Prices are declining as market concerns grow that crude demand will decline as coronavirus infections increase across the globe. The downward crude price trend could spell good news for motorists.

Crude oil prices saw not only a dramatic drop on the week, but the price per barrel is at the cheapest in three months. If this downward trend continues and less expensive prices are sustained, Americans can expect to see relief at the pump in the near future.

At $3.16, today’s national average is two cents cheaper than last week, but 98 cents more than a year ago and 56 cents more than two years ago. All eyes are now on gasoline demand, which has declined for three straight weeks. The Energy Information Administration’s (EIA) latest reading puts demand at 9.3 million barrels per day. That is a healthy pandemic demand reading, but still about 6% below the same week in August 2019. The softer demand readings have pushed gasoline stock levels over 228 million barrels.