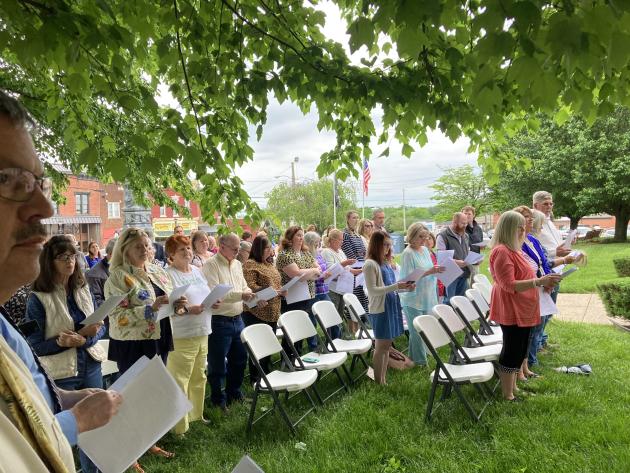 The 70th Annual National Day of Prayer was held on Thursday, May 5, 2022, with a theme of Exalt the Lord who has established us.

Those in attendance were welcomed by Becky Hankins to begin the National Day of Prayer.  There were many unison scripture readings, songs, and prayers during this event.  The key verse/unison scripture reading that began this event was “So then, just as you received Christ Jesus as Lord, continue to live your lives in him, rooted and built up in him, strengthened in the faith as you were taught, and overflowing with thankfulness.” 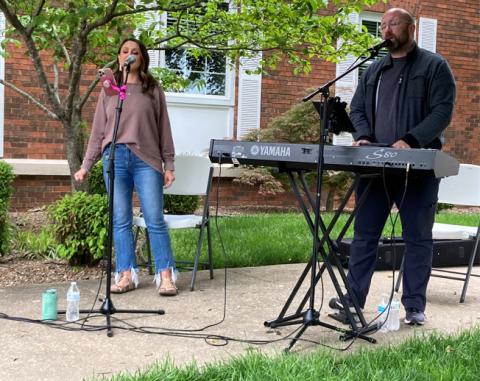