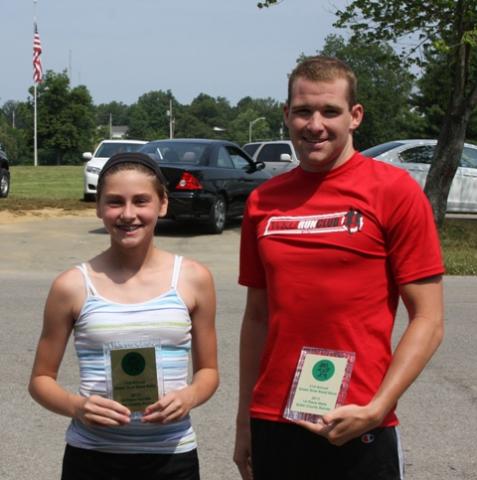 Runners began gearing up for the Annual Green River Catfish Festival last Saturday with the running of the  31st Green River Road Race. 59 runners and 8 walkers participated in the road race.

The overall female runner was Karen McGuffy with a time of 38:11.The overall walker winner was Nancy Padifield.

Some of the local winners included:

The first Butler Countian female runner was Hannah Perry at 43:26. She is a member of the Butler County Cross Country Team.

Kaitlin Harrison and baby Georgia Grace finished the road race in 1:01:18 in the 25-29 age division.