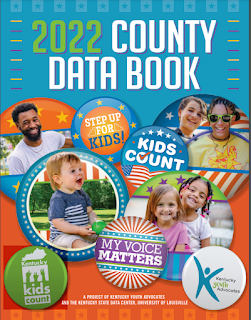 Smoking in pregnancy goes down

This year's 2022 Kentucky Kids Count County Data Book, which looks at the well-being of children in each county, focuses on the importance of putting forth meaningful policies to support Kentucky's youth, with an emphasis on listening and acting on what young people say is important to them.

Brooks notes in the Data Book that the partisan rhetoric will continue to abound as we head in to the gubernatorial election in 2023 and the presidential election of 2024, making it even more important for children's advocates to "stand above the political fray."

"We must ensure that this becomes a moment of affirmation rather than a turn to a radical ideology that dilutes the well-being of our children," he said.

In an effort to allow youth in Kentucky to share their reality and to address what is important to them, KYA surveyed them to ask them what their hopes and concerns were. The survey found that their top four concerns were around issues that dealt with safety at school, increased access to safe community spaces for youth to gather, increased youth mental health supports and a desire for adequately funded schools that offer meaningful pathways to opportunity. 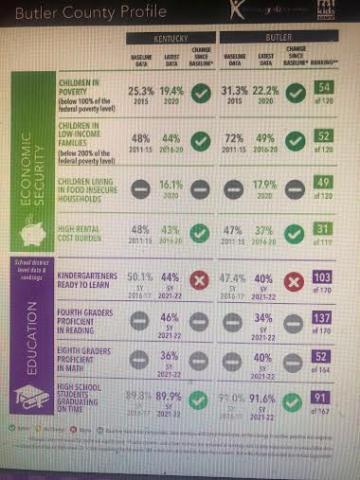 The data book, released Nov. 16 by KYA and the Kentucky State Data Center at the University of Louisville, is part of the 32nd annual release of Kids Count, a national initiative of the Annie E. Casey Foundation to track the status of children in the United States.

The County Data Book rates children's overall well being through 16 indicators in four major domains: economic security, education, health and family and community. "While the Covid-19 pandemic has continued to impact many families in ways that do not yet show up in the data, the book identifies ongoing challenges and areas of needed improvement," says a news release. 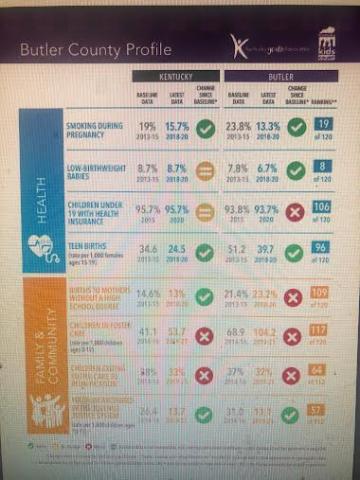 The March of Dimes says the national figure is about 8%, and babies born with low birthweight are more likely to have certain health conditions later in life, including diabetes, heart disease, high blood pressure, intellectual and developmental disabilities, metabolic syndrome and obesity.

Just over half of the state's counties saw an increase in low-birthweight babies since 2013-15. The rates varied from a low of 5.9% in Oldham County to a high of 13.6% in Elliott County.

Other key findings about Kentucky's children in the report include:

The report was made possible with support from the Casey foundation and other sponsors, including Aetna Better Health Kentucky, Kosair Charities and Charter Communications.

Kentucky Health News is an independent news service of the Institute for Rural Journalism and Community Issues, based in the School of Journalism and Media at the University of Kentucky, with support from the Foundation for a Healthy Kentucky. For details, contact Al.Cross@uky.edu.