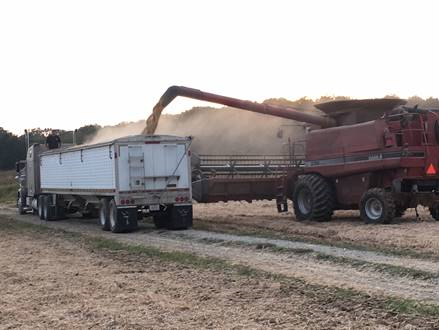 Corn and soybean producers may want to consider locking in futures contracts for at least a portion of their 2020 crops now, even though they are still months away from planting, said Todd Davis, agricultural economist with the University of Kentucky College of Agriculture, Food and Environment.

“Producers may find some of the best contract prices for the upcoming crop right now, if the commodity markets follow trends from recent years,” Davis said. “For the 2015-2018 crops, the contracts on the futures market tended to trade in the top third of each year’s price range in the months before those crops were planted.”

As the growing season progresses, futures markets for any current year’s crop tend to fall in price beginning in August and lasting through harvest because the crops are no longer at a risk to insects, diseases, weather and other environmental factors, and the market no longer perceives a threat to them. Another thing to consider is if 2020 has typical corn and soybean production levels and a sluggish demand, corn and soybean stocks will increase and push prices lower.

As this year’s harvest winds down and producers turn their attention to making the next year profitable, they should review their finances and update their budgets, so they know the contract price they need to cover their costs for inputs, land, machinery and overhead and family living expenses.

“Especially in tight financial times, forward contracting at least a portion of next year’s crops will help producers remove some of their revenue risks,” he said.