2011 One of the Wettest Years on Record in Kentucky 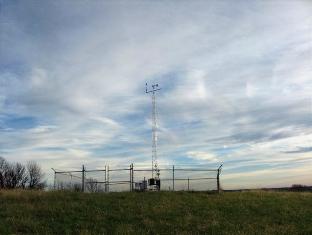 Although 2011 began with lingering concerns about drought, the year ended as one of the wettest on record in Kentucky, according to State Climatologist Stuart Foster.

While final numbers from the National Climatic Data Center are not yet available, Dr. Foster said, the statewide average precipitation total from the Kentucky Mesonet, Kentucky’s official source of climatological observations, exceeded 63 inches and placed 2011 along with 1979 and 1950 as the wettest years in Kentucky in more than a century.

The statewide average precipitation between 1895 and 2010 is 47.5 inches, said Dr. Foster, director of the Mesonet and the Kentucky Climate Center at Western Kentucky University. The state’s 1950 average was 62.93 inches, while the 1979 average was 62.86.

The highest totals for 2011 were recorded at the Mesonet stations in Union County (73.78 inches), Crittenden County (73.24 inches) and Breckinridge County (72.35 inches). (The Kentucky Mesonet has 61 stations statewide that collect real-time weather and climate data on temperature, precipitation, humidity, solar radiation, wind speed and direction. Data is packaged into observations and transmitted to the Kentucky Climate Center every five minutes, 24 hours per day, throughout the year and is available online at www.kymesonet.org.)

“The state experienced an extended wet spell lasting through the month of April and into the first week of May,” Dr. Foster said. “The highest precipitation totals occurred in the lower Ohio River Valley, resulting in widespread flooding. Totals for the period exceeded 20 inches at sites from Elizabethtown west to Benton in Marshall County.”

Temperatures were generally warmer than normal throughout much of the year.  The year’s highest temperature, 103.4 degrees on Aug. 3 at the Kentucky Mesonet station near Russellville, posed no threat to Kentucky’s record of 114 degrees recorded on July 28, 1930, at Greensburg. The lowest temperature was -9.6 degrees on Feb. 11 at the Mesonet station near Bowling Green. Kentucky’s record low temperature of -37 degrees was set at Shelbyville on Jan. 19, 1994.

Weather spotters were active during Kentucky’s severe weather season in 2011.  Based on reports through the end of September, tornadoes occurred on 17 days, including 10 days in April. Although no fatalities were reported, 14 people were injured, and damage from tornadoes was estimated at more than $10 million.

While tornadoes are most frequent in spring, recent years have shown that they can occur during any month. In 2011, tornadoes were reported on two days in February, including an EF-3 tornado that struck before dawn on Feb. 28 in southeastern Henry County.

Severe weather was not limited to tornadoes. On April 25, the Kentucky Mesonet station at Murray reported a record wind gust of 101 mph. Hundreds of trees were uprooted and damage was reported to houses, barns and a local factory. More than 400 reports of hail were documented by the National Climatic Data Center through September, including a report of grapefruit-size hail in Pulaski County on April 9.

Flooding through the first nine months of 2011 resulted in six deaths, four injuries, and nearly $50 million of damage across Kentucky. Four children drowned during a flash flood on Feb. 24 in Hickman County. A series of strong to severe thunderstorms during the early morning hours of June 20 dropped from 3 to 8 inches of rain across much of Bell and Knox counties, causing one fatality and extensive damage.

The winter of 2010-2011 was cold and snowy by Kentucky standards. A persistent weather pattern attributed to the Arctic Oscillation brought frequent snowstorms during the first half of winter. Snowfall totals for January exceed 10 inches over much of the northern and eastern portions of the state. In contrast, Dr. Foster noted, the winter of 2011-2012 has seen no significant snowfall through early January, highlighting the variable nature of Kentucky’s weather and climate.

About the Kentucky Mesonet

Initial funding for the project was secured by U.S. Sen. Mitch McConnell through a $2.9 million federal appropriation for the Kentucky Climate Center, part of WKU’s Applied Research and Technology Program.