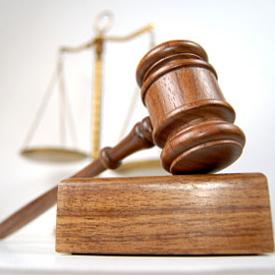 A Butler County man convicted of sexual abuse in 2011 has been court-ordered to pay his victim more than $1.8 million dollars.

Renfrow was convicted in Butler County Circuit Court on three counts of second-degree sodomy and three counts of first-degree sexual abuse. He was sentenced to 30 years in prison and is presently incarcerated at the Luther Luckett Correctional Complex in LaGrange, Kentucky.  The victim was a boy left in Renfrow's care.  The abuse took place between November 2005 and July 2010.

In his ruling, Judge Russell awarded the victim $850,000 in compensatory damages, $1 million in punitive damages and $46,800 for toward future medical treatment.

An October 8, 2014 hearing was held to hear evidence and assess damages.  The hearing featured testimony from psychologist, Dr. Charles Ihrig, who said that his evaluation of the victim resulted in a diagnosis of post-traumatic stress disorder and Dysthymia (chronic depression).

Ihrig, according to court records, recommended the victim receive at least five years of therapy, which would cost from $26,000 to $46,800.

According to the victim's testimony at the hearing, Renfrow sexually abused him about 10 times a week by inappropriate sexual contact and comments.  The victim also indicated that prior to the sexual abuse, he considered Renfrow to his closest friend and referred to him as his brother.

“Plaintiff did not expose the sexual abuse earlier because he was told by a doctor that he would be taken from his mother and placed back in foster care,” Judge Russell’s order stated.

The judge found that the victim’s childhood sexual abuse by Renfrow has led to emotional distress in all facets of his life.