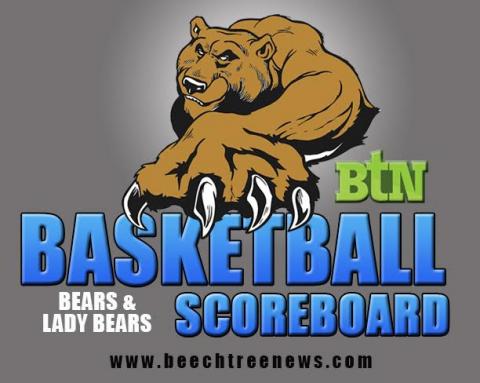 Grayson County moved to 7-6 overall and 2-0 in the district after notching the win.

Junior forward Lauren Vincent led Grayson County with a double-double, scoring 17 points and pulling down 10 rebounds. Vincent was the only Grayson County player to reach double figures in the scoring column.

Rachael Snyder shared the team lead for rebounds, claiming 10 caroms of her own in the Lady Cougars' triumph.

Jacie Ward led Butler County with 11 points. Ward was the only Butler County player to reach double figures in the scoring column.

The Lady Bears are due to host Grayson County in a 12th District girls' basketball game on Friday, Jan. 11.

LEITCHFIELD - Butler County was unable to notch a win on the road as host Grayson County pulled away to win 52-36 in a 12th District boys' basketball game on Friday night.

With the loss, Butler County dropped to 8-6 overall and 1-2 in the 12th District

Grayson County improved to 5-10 overall and 1-1 in the district after recording the win.

Spencer Sharp led Grayson County with a game-high 23 points. Sharp drained a trio of three-point field goals for the Cougars.

Q'Daryius McHenry accompanied Sharp in double figures and recorded a double-double, scoring 13 points and pulling down a game-high 13 rebounds.

The Bears are slated to host Grayson County for another 12th District boys' basketball game on Friday. Jan. 11.