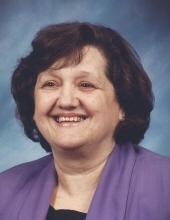 Wilma Jean Dunlop, 82, of Oxford MS, passed away on Friday, September 16, 2022 at her home surrounded by her loving family. She was born on January 30, 1940 in Clifty Kentucky to the late Ruby Tooley Garrett and William Garrett.

Wilma worked many jobs over the years but was most proud of her accomplishments as a wife, mother, grandmother, and other family roles. Wilma was known as quite a storyteller and loved sharing from her varied life experiences regarding her family and her Lord. Upon speaking with her, even for a short time, you were sure to hear about her growing up on the farm and being one of 12 siblings. She told of what an interesting, challenging, and loving life they shared. Stick around a little longer and you’d hear about her adult years which included two marriages, her children, and grandchildren. There were two things you could count on from Wilma when you visited her home. First of all, you were always welcome. No matter who you were, her door was always open to you. Secondly, you could count on being fed, even if you’d just eaten. What a cook she was. From her Cinnamon Rolls to her Fried Chicken and Dumplin’s, she could put out a spread then sit down and entertain you with stories of life while you shared the meal. She just had a knack of filling the room with good food, fun, and laughter. She made everyone feel comfortable and special. She was best known for her love of family and strong faith in Christ.

In addition to her parents, she was proceeded in death by her first husband Robert Ford, her daughter Robbie Jean Ford, five step sons, her second husband Rev. Robert (Bob) Dunlop, and eight brothers and sisters.

A visitation will be held Monday, September 19, 2022 from 5 p.m. to 7 p.m. at Barnett-Strother Funeral Home in Madisonville KY.

A funeral service will be held at 10 a.m. on September 20, 2022 at Madisonville Church of the Nazarene with Rev. John Ford presiding. Burial to follow at Odd Fellows Cemetery in Madisonville Ky. Pallbearers will be the Grandsons and Great Grandsons of Wilma.