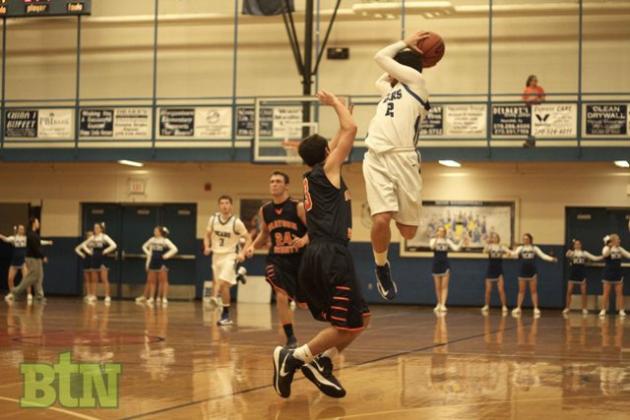 In a sign that Grayson County's basketball dominance in the 12th District may be waning, both the Cougars and Lady Cougars left Morgantown last night with losses to Butler County.

Ironically, Butler County started slowly, falling behind 8-2.  A flurry on Butler County points, including a baby hook and a three-pointer by Trevor Jenkins, followed by an Elijah Flener basket, gave the Bears a 9-8 first quarter lead.  Another basket by Jenkins and one by Brandon Thomas early in the second quarter gave the Bears a 13-8 lead and forced a Butler County timeout.

Grayson rallied later in the quarter and actually took a 23-22 lead before an Alex Hudnall three-pointer put the Bears back on top 25-23 at the half.

Butler County extended its lead to 37-29 at the end of the third.  Baskets by Jenkins and Flener keep the Bears in control in the final quarter and extended their lead to 13 at 44-31.  A Grayson County three-pointer was answered by a rebound put-back by Zeke Woodcock.  From this point on, Butler County protected the ball and hit key free throws down the stretch to earn the 56-48 win.

On Saturday night, the Bears travelled to Russellville and found themselves on the wrong end of a 97-50 lopsided score.

Submitted by Brandi Elms (not verified) on Wed, 05/12/2012 - 10:33am
Thank you BTN for always supporting Butler County Bears! I love the highlight video! Keep up the great work!!