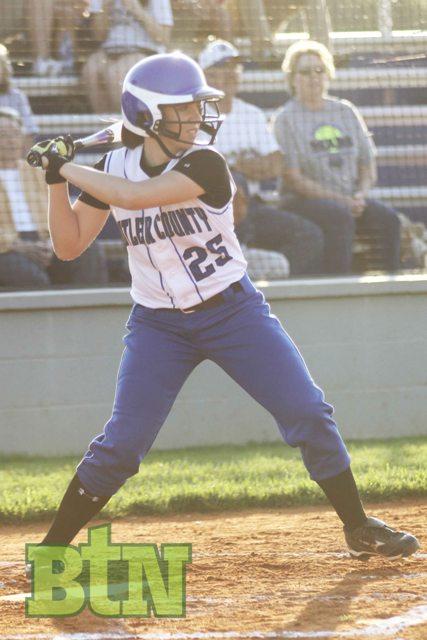 The Bears traveled west on Friday, May 11, and came away with a solid 9-0 win against Dawson Springs - a team that handed Butler County a home loss last season.

Pitcher Morgan Manning gave up no runs and allowed only four hits in seven innings of work.  She struck out eight batters and walked none.

On the first day of  a three-game homestead - Tuesday, May 15 - Butler County hosted Madisonville-North Hopkins and ended up on the losing end of a 3-1 score.  The hard-hitting visitors pounded out 15 hits, while the Bears managed only three hits - singles by Drake, Rogers, and Reynolds - in an anemic offensive performance.

Butler bounced back on Wednesday, May 16, handing Breckinridge County a 2-0 defeat.  The Bears had four hits, including a double by Drake and singles by Rogers (2-RBI, stolen base), Clark, and Peach.

Manning gave up five hits and no runs, while striking out four batters and walking three.

Finally, in its last regular season game, Butler County came from behind to defeat Warren East 6-4 on Saturday, May 19. The Bears had seven hits in the game.  Rogers (RBI) and Drake (RBI) both had doubles.  Drake, Reynolds (2), Manning (RBI) and Kassie Phelps all singled.

Manning gave up nine hits and one earned run.  She struck out one batter.