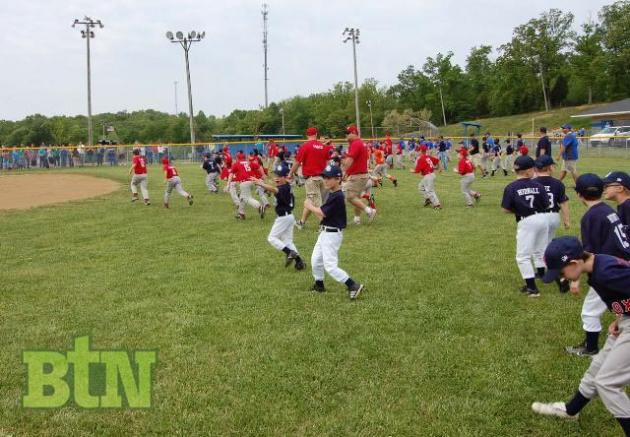 Butler County Little League kicked-off their season last Saturday by recognizing all of the participants in a pre-game ceremony. Also honored before the first pitch were all the Little League Officers and board members, D & G Archery, GUMBK with TVA, Aberdeen Grocery, and the Masonic Lodge. Roscoe the Grease Monkey from the Bowling Green Hot Rods was also on hand to meet and greet players.

The Rookie Red Sox: A roster was unavailable.