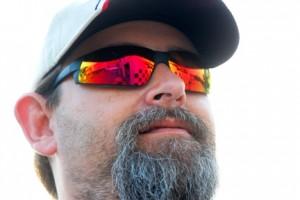 It's Conference Silly Season: You might think I’m crazy, but I’m hooked on all the conference realignment drama that’s going on in college athletics right now. It could be because I’m a NASCAR fan and I’m used to this sort of thing happening every year, but something about all this has really captured my interest.

Maybe it’s the numerology of all this. The Big-12 conference is bleeding away teams right now. It seems nobody wants to jump in a conference sandbox with a local bully the size of the University of Texas. Since nobody wants to play second fiddle to Texas, and maybe Oklahoma, most of the remainder of the ten teams in the Big-12 are looking for new homes.

Yes, you read that right. The Big-12 is a ten-team conference made up mostly of the members of the old Big-8 and Southwest Conferences. With the addition of West Virginia for 2012 the Big-12 will have eleven teams, but the conference commissioner has stated that membership is capped and he would prefer a ten-team league.

One of the conferences that’s seen their membership increase because of Big-12 defections is the Big-10. The Big-10 had eleven teams before the addition of Nebraska took that number to twelve. So now the Big-10 conference is a 12-team league, and the Big-12 is a ten-team league, or eleven teams depending on how you count it.

Are you confused yet?

The Big-10 is open to further expansion, possibly all the way to 16-team megaleague, that would still be called the Big-10. The Big-12 wants a ten-team cap, but if membership continues to decline the commissioner said his schools would be fine with an 8-team format similar to the old Big-8 conference. However no renaming of the conference will occur.

Of course the only numerals that really matter in all of this are the zeros on ends of all the checks that the Bowl Championship Series doles out at the end of the season. A friend of mine asked what had caused all this conference silly season mania. The BCS is the easiest answer and closest to the mark. The system created by the conference commissioners, sponsors, the BCS officials, and television has muddied the picture as to which team is the champion, but it has created a cash cow for everyone involved, except the players.

Thanks to the BCS viewership is up for almost all college football bowl games, and not just the season-closing slate of ‘big’ BCS games. Along with ESPN the NCAA and its member schools and various sponsors have created almost 6 weeks worth of college football games, and not just on Saturday afternoons. Starting around Thanksgiving a college football game is on TV about any night of the week that the NFL isn’t playing. ESPN makes a big deal out of it, colleges make the most of going to a bowl game. For schools like UK that play football in big conferences and never quite make the cut into the upper ranks these bowls are vital to keep boosters happy, and put cash into school coffers.

When the actual BCS bowls roll around it’s important for your school to be in a BCS aligned conference. BCS conferences get automatic bids to most of the lesser bowls, and their top teams get the big-money BCS games. If a school’s conference wins the big BCS games then those member schools get millions of dollars as their cut of TV revenue and such. So what the BCS really does isn’t crown a champion, but spread around the wealth of college football.

What this has done is make conferences without automatic BCS berths obsolete. Why would Boise State want to stay in the Mountain West Conference with no guarantee of playing for a championship and their cut of championship money? This becomes even more true when geographical alignments go out the window. People that know all about this kind of stuff seem to think that Boise State will join the Big East in football only. That would be good for the Big East which recently lost West Virginia to the Big-12.

It’s likely to take years for all this to play out, and now there’s the real chance that the United States Congress is going to get involved. Before it’s all over conference alignment is liable to be a plank in some candidate’s presidential platform or a topic in a debate. All I know is it’s fun to watch and that the college football landscape will never be the same when it’s all over.

All I can say to college football fans is buckle up and enjoy the ride. For you purists, you might need to just cover your eyes until the ride stops.
•••
If you really feel the need to plug into Smokin’ Joe’s brain more than a few times a month  then there’s good news. I have finally joined the Twitter revolution. You can follow me on Twitter @SmokinJoe1967
•••
Now that I’m back you can expect me to write two or three times more in the coming months. I might be moved to write more if you would send me a little mail now and then.