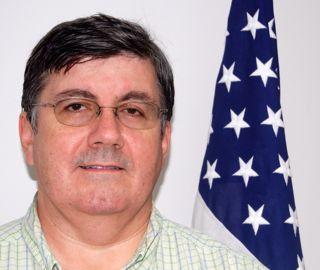 A little more than a year after tragic twisters tore through Eastern Kentucky, a 4-H member from one of the affected counties is using her experiences to rally others to prepare for future disasters.

Courtney Rowland is a junior at Morgan County High School. She’s also a member of the Kentucky 4-H State Teen Council. The tornado propelled her to create preparedness kits for children and their families, so they would be better prepared for any disaster.

“It hit around 6:30 p.m., and I didn’t sleep that whole night,” she said. “My brother brought up pictures of West Liberty on Facebook, and it was traumatizing because my hometown was just destroyed. Pictures of the church in rubble… nothing but rubble… the bank just ripped to pieces… the place I went to daycare destroyed. The Extension office was my home away from home, and there was nothing left. That was the hardest thing for me; I was there an hour before it got hit.”

Rowland said she and her family got up early the next morning and went to town to see what they could do. She began working at makeshift shelters packing water, sorting clothes and serving food. She said she was fortunate enough to keep her home, but a lot of people weren’t.

She said what struck her most was the disconnect among families—not knowing where loved ones were or how to reach them. She wanted to make sure people were more prepared if something like that ever happened again.

Morgan County Cooperative Extension Service 4-H youth development agent Kim Cox said Rowland came up with a program all on her own.

“We’ve always looked for projects that allow us to give back as much as possible to the community,” Cox said. “But things that are teen-driven are more effective—my ideas never carry out as well as things the teens come up with. To see Courtney take this and not even need my assistance is so honorable.”

Rowland compiled resources, such as checklists, emergency contact information sheets, coloring books and basic supplies, put together a disaster preparedness kit and then presented the idea to the Kentucky 4-H State Teen Council.

“Being part of the state teen council, I got to propose a project that I thought would work well for the group,” she said. “(The tornado) hit a mile from my house. I had no idea what to do and no one in my family did either. People lost their lives, because they were not prepared. I wanted to design a program for kids if they were home alone, or even if they were with their families, if something like that happens again. I think being prepared makes things a little less scary.”

The teen council adopted Rowland’s idea, and members will present disaster preparedness programs in their home counties this year.

Her first go at presenting the information was in early April at the 2013 4-H Teen Summit, where she gave the presentation three times to interested middle school students. Each student received a large, empty coffee container and learned how to assemble a small disaster preparedness kit inside it.

Rowland said the kit is not just for tornadoes; families can use them to prepare for other disasters like floods, ice storms, etc. She believes the presentations will at least start conversations that could save lives and help people deal with whatever life brings.

“People don’t want to talk about it (the tornadoes), but I think talking makes it better,” she said. “West Liberty is rebuilding. It will never be the same, but hopefully, it will come back bigger and better.”