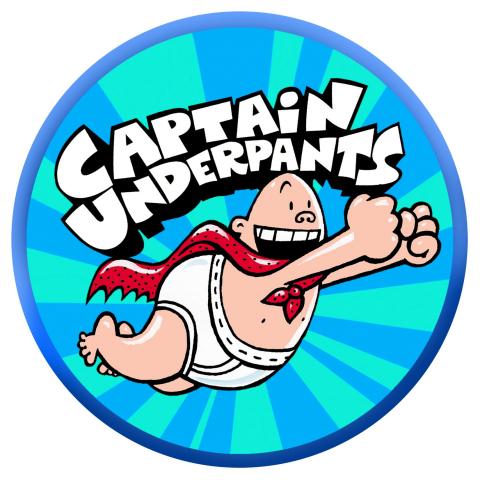 Make your next visit to the Library a brief one, for a good cause, as part of Butler County Public Library’s Be a Superhero campaign.   This campaign is based on the popular character of Captain Underpants by author and illustrator Dav Pilkey.

Drop off packages of new underwear for boys and girls, preferably sizes 3T-adult small, from November 15th- December 31st, at the public library. Donations will help replenish Butler County elementary schools’ supplies of emergency underpants and provide direct assistance to each school’s Family Resource Center.  Have late fees at the library?  “Bring in a package of new underwear for boys or girls and library staff will waive your late fees”, said Library Director Kenna Martin.

The need is great. Schools are handing out 30 pairs a month to children who need clean underwear due to accidents at school or issues at home. Because parents often are unable to bring fresh underwear to their children during school hours, children can miss valuable learning time in the classroom.

Public libraries across the state will participate in the campaign between now and the end of the year.  Martin’s goal for Butler County is to receive 100 pairs. Underwear will be given to BC Family Resource Center. The donations collected will be distributed evenly to Morgantown and North Butler Elementary schools in Butler County.

Packages of Underwear may be dropped off at the Butler County Public Library 116 West Ohio Street in Morgantown.  Questions call the library at 270.526.4722

The image of Captain Underpants, a character in a series of popular children’s books, is copyrighted material and used with permission by author, Dav Pilkey and his publisher, Scholastic.