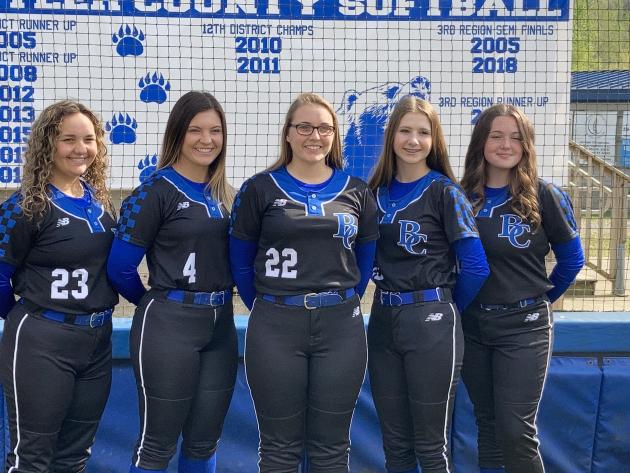 MORGANTOWN - The future is bright for the Butler County High School softball program. The Butler County junior varsity softball team has compiled a 9-1-2 record a dozen games into the 2021 season.

A breakdown of the results for the Butler County junior varsity softball team since the 2021 season opened in late-March follows.

The Bears moved ahead early, plating two runs in the top half of the first inning. Butler County scored at least one run in each of its five at-bats, gradually pulling away to win convincingly over rival Edmonson County.

The Bears outhit Edmonson County 9-1 and turned in an error-free performance defensively.

Kaylee Dockery earned the win in the circle for Butler County. Dockery allowed only one hit and zero runs over five innings, striking out three.

Providing a lift at the plate for Butler County, Avery Gleason homered in the fourth inning.

Dockery, Mackenzie Coleman and Cheani Schroeder each recorded multiple hits for the Bears in the victory. Coleman went 3-for-3 at the plate to lead Butler County's offensive attack.