Bears defeat Trinity; advance in Touchstone Energy All "A" Tournament 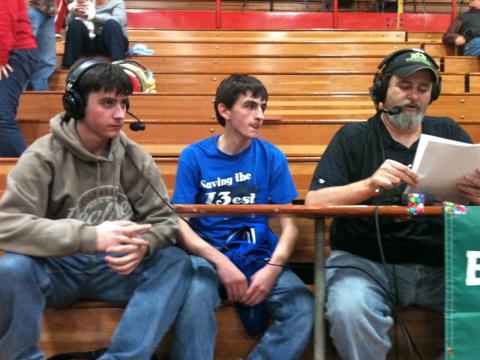 Butler County continued its winning ways last week with a pair of wins over Whitesville Trinity and Frederick Fraize, respectively.  The Bears notched another 12th District win on Friday over Trinity, 73-42.  On Saturday, Butler County cruised to a 87-46 win over Frederick Fraize High School (Cloverport) in the Touchstone Energy All "A" Tournament at Hancock County High School.

Neither game was ever in doubt as the Bears took control early on and put the game out of reach.

In first-round All "A" action against Frederick Fraize, the Bears placed four players in double figures.  Zeke Woodcock led the way with 18 points; Jenkins and Hudnall added 14 apiece; Burden tallied 12.

Butler County (12-7) will return to act on Friday, January 18 in the Touchstone Energy All "A" Tournament at Hancock County High School.  The Bears will play McLean County at 8 p.m. in semi-final action.  If the Bears win, they will advance to the regional championship game at 2 p.m. on Sunday, January 20, against the Owensboro Catholic-Whitesville Trinity winner.

All games will be broadcast live on WLBQ 1570 AM and streamed live from Beech Tree News (www.beechtreenews.com).  Pre-game will start approximately 15 minutes before tip-off.