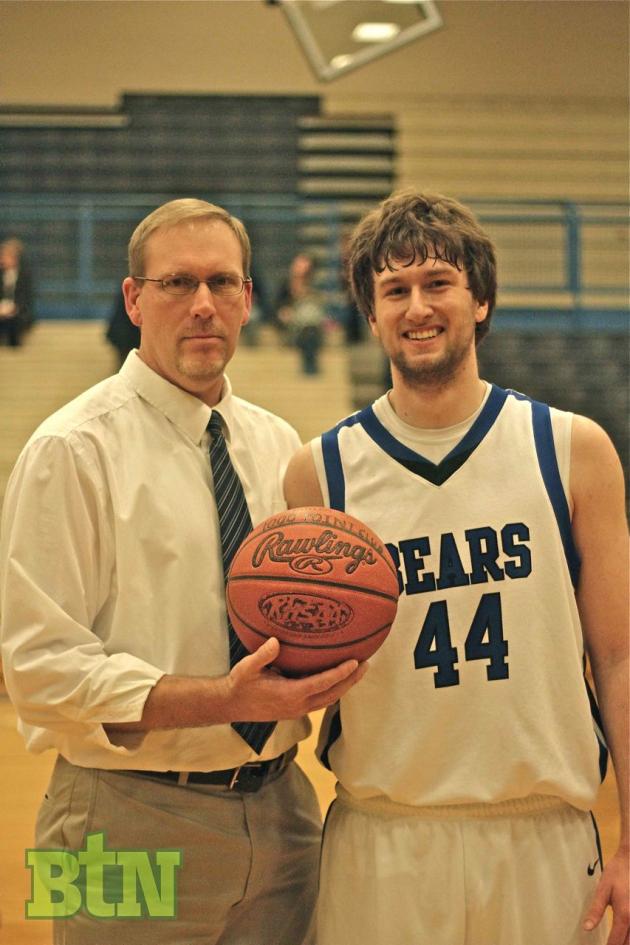 In a rematch of the All "A" semi-final game, the Butler County Bears eased past the visiting McLean County Cougars on Saturday night in Morgantown.  Butler County's margin of victory was essentially secured in the first half as the Bears outscored the Cougars 19-12 in the first quarter and 14-12 in the second.  The teams played almost even basketball in the second half - McLean won the third 15-12, while the Bears slipped by 21-20 in the fourth.

There were two lead changes and three ties early in the contest.  Butler County enjoyed it largest lead of 16 points (30-14) in the second quarter.

Trevor Jenkins was also recognized prior to the game by Coach Calvin Dockery for reaching 1,000 career points.  Jenkins had actually scored his 1,000 point in Frankfort but was honored at the first home game.

Butler County (15-9) will return to action on Friday night on the road at Brownsville against 12th District foe Edmonson County in a boy-girl doubleheader.  The Bears will tip at approximately 7:3o p.m. Fans can listen to the game on WLBQ 1570 AM on the radio or by streaming at www.beechtreenews.com (click on the radio icon at the top of the home page).